During his tenure as a physical training instructor in the New Zealand Army, Greg was very well regarded by soldiers of lower, equal, and senior ranks to himself.  He quickly developed a reputation for no-nonsense training and would consistently go the extra mile.

Gregs thirst for betterment, and his ability to apply that knowledge, meant that he was targeted for positions where he could influence and mentor as many soldiers as possible.

One of Gregs particular strengths was his ability to interact on a variety of levels, whether that be at the basic soldier or to the senior commander echelon.

Greg continues to impart his knowledge, on occasion, to a new generation of Army fitness trainers from time to time who appreciate his holistic approach to peak performance. 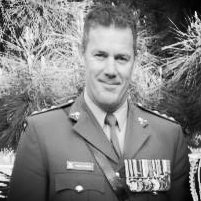